Numbering some 10 million,they're critically  important to the ZioElite for 2 reasons: these people are Caucasoid and thus a highly visible double minority in a sea of a 1.2 billion plus Mongol Han Chinese.

The remains of their ancestors were discovered a decade or so ago. Perfectly preserved by ice,they're considered the oldest Caucasian people,dated to roughly 2000 bc. 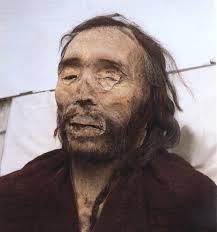 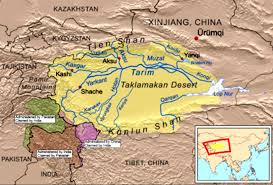 The importance of Uyghur origins perhaps explains why the CIA (mis)uses them to provoke tension with the Han Chinese on the basis of ethnic differences.Periodically riots and civil disturbances break out between the 2 groups in Xinjiang. 200 were killed in 2009 and at least 50 died last July when a group attacked a police station

The abnormally androgynous Rebiya Kadeer,head of the CIA sponsored WUC. She's been rather quiet of late since the last bloodletting. 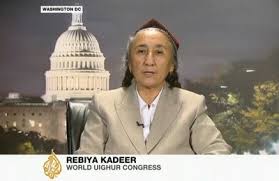 The Uyghurs are a perfect example of how Intel agencies often use ethnic minorities especially in the 3rd world to fracture society. With genuine  historical or imagined grievances such people are all too easy targets for professional Anglo Zionist agent provocateurs and trained subversives.Think of those perpetually fighting Caucasoid Neanderthals the Dagestanis and Chechens and their long running blood feud with Moscow.

This short article sheds some light on the true nature of Han/Uyghur interaction. You be the judge if they're innocent tearful long suffering victims of Han discrimination:
http://www.tealeafnation.com/2012/12/not-a-piece-of-cake-uighur-han-relationship-in-focus-on-chinas-internet/

Which all takes us thousands of kilometers away to an E African country called Kenya. We've been in the world news lately for all the wrong reasons. Last month Al Shabab gunmen massacred 140 students at a college in the Somali town of Garissa after first letting all the Muslims escape.

Immediately afterwards,Aden Duale,the ethnic Somali  Parliament majority leader and MP for the constituency where the college stands horrified Kenyans across the ethnic divide saying he knew the attackers.

A fortnight later another Somali with a vague resemblance to the MP was arrested outside the President's home in Gatundu. 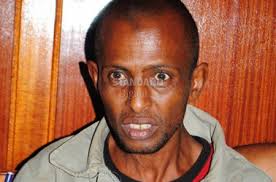 He was released after his brother explained how he'd wandered away from Mathari mental hospital wherein he was under treatment for schizophrenia. Dear Reader,my experiences and those who've attempted to live with or interact regularly with these Cushites tells me this is a prime example of the real nature of the Somali predicament;the self destruction and self centredness that has plagued them as a people since even before Islam.
Somalis are literally awash with every psychological condition and ailment known to Man. Myriad complexes,disorders and phobias  afflict their collective mentalspace. The centuries of first cousin marriage is largely to blame,in my opinion.
Harsh? Maybe. These tendencies taken as normal in Kenya have fortunately been recognised for the dysfunctions they are as Somalis have moved en masse to the 1st World.


But the Somali children were less likely than the whites to be “high-functioning” and more likely to have I.Q.s below 70. (The average I.Q. score is 100.)

Dear Reader,the truth may be hideous and it often is-it must be revealed! The decades of fighting,famine and bloodshed in Somalia are rooted in mental problems-not oil,religion,political dogma or natural resources. Somalis,therefore are a godsend to the Zio Elite plans to put a handbrake on Kenya's forward progress.
It may surprise many to know Kenya punches wayyyy above its weight internationally as this extremely interesting under reported study shows. Compiled by multiple international institutions including the World Bank,Basel Convention and the UN it quantifies the top 30 nations contributions to the 'Global Good.'

We're the first 3rd world country at number 26,ahead of Singapore,just behind Japan.


, “This is clearly unjust. The government oppresses Han and helps encourage the criminal acts of these people from Xinjiang.” The policy is documented in high-level communique from the Central Committee of the Communist Party in 1984 that stated that there should be “fewer arrests and fewer executions” against ethnic minority persons who have committed crimes, and generally treat them with leniency. - See more at: http://www.tealeafnation.com/2012/12/not-a-piece-of-cake-uighur-han-relationship-in-focus-on-chinas-internet/#sthash.bOeXbClO.dpuf Recently our economy despite the unending Anglo Zionist onslaught was found to be doing much better than expected. In fact:
http://www.businessdailyafrica.com/Bloomberg-ranks-Kenya-s-growth-rate-third-globally--/-/539546/2636948/-/9gxqjfz/-/index.html

Mind you,this when the forex inflow from tourism is all but dead with all the false flags,while Kenya Airways,a truly global player has cancelled orders of pending dreamliners as well as plans for a 5 star hotel. Tea our other main earner has seen prices slump to record lows. Our inflows are from horticulture,floriculture,diaspora inflows and small businesses.
What would our position be without these economically devastating false flags? The Westgate attack alone punched a 1.5 bn $ in our GDP growth. Where will we be when LAPSSET is up and running with millions of barrels of oil daily and thousands of tons of goods transiting between Lamu, S Sudan, S Ethiopia and Cameroon?

What will be the cost implications for Asian shippers and their local and European customers?

I've said it before and I reiterate, the LAPSSET will be the fulcrum upon which the entire Middle Africa along its route will pivot: the Anglo Zionists can't countenance such a situation. Somalis,please don't play the Uyghur. Don't let false pride lead you into national sabotage and derailment. If you feel you must react emotionally as is often your custom be prepared to reap the Apocalypse itself.