Its not hard seeing their viewpoint. Mutilation of extremely sensitive parts leading to painful childbirth and frigidity-GASPP!! "What's wrong with these 3rd world tribes?"

Honestly,we're all better off without this custom. A parade of well meaning Anglos has been visiting us over the issue,as usual projecting their own cultural memes and missing the point.
In 2000 Calista Flockhart was the first. She landed in Nairobi throwing her mosquito weight into the anti FGM crusade. Her heart was at least in the right place but was all her typical angst of the Anglojew in Africa justified? Are all circumcised women initiated into lifelong agony and frigidity?

The next thing I felt was my flesh being cut away. I heard the blade sawing back and forth through my skin. The feeling was indescribable. I didn't move, telling myself the more I did, the longer the torture would take. Unfortunately, my legs began to quiver and shake uncontrollably of their own accord, and I prayed, Please, God, let it be over quickly. Soon it was, because I passed out.
When I woke up, my blindfold was off and I saw the gypsy woman had piled a stack of thorns from an acacia tree next to her. She used these to puncture holes in my skin, then poked a strong white thread through the holes to sew me up. My legs were completely numb, but the pain between them was so intense that I wished I would die.

As atrocious as the process is it is my experience that even women who've suffered this drastic operation will orgasm as readily as a whole woman. As long as the main sexual organ,the mind is properly engaged and not overwhelmed with ideas of equality,banalities like work,rent or fear of frigidity these women often orgasm easier and more frequently than uncut women.
Not so surprising since the latter are all too often obsessed with appearance,sex and orgasms.You know what they say-those who do it,don't say it.

Here are a few magazine covers of Cosmo magazine the modern womens' bible. In between constantly exhorting its readership to confidence and how a pair of Loboutins can bring world peace or why you must have that 2 week beach holiday in Haawaai this mag serves another purpose apart from airbrushed anorexia and light fluff pieces.

Its the PTB's compulsory primer for young impressionable females. Its the NWO manual for social reengineering,which explains the fascination with sex and obsession with materialism;all the better to alienate females from society at their fertile ages . See how often orgasm comes up-they're not subtle! 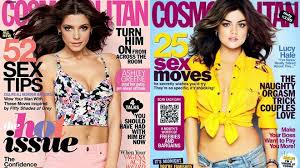 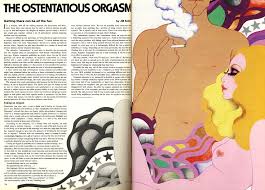 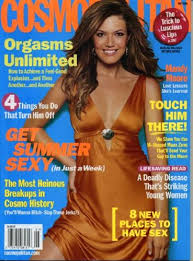 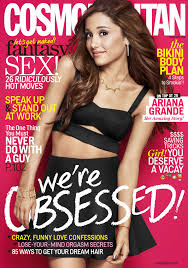 Yes,Dear Reader;it would be correct to say sex and its mechanics occupies much if not all of the Western woman's mental space. Clitoris,g spot,orgasm issues clearly dominate her skullspace software. Perhaps a guilty holdover from Anglosaxon Puritanical history when sex was purely procreational? Whatever the case there are clearly deep hidden pathologies at play in Anglo society.

Why should they worry so about what comes naturally? It really isn't complicated. Boy meets girl;they fall mutually in like. Without much ado they  do what they were biologically intended to in such situations. Post coital climatic bliss soon follows. Obviously this isn't happening in the West despite what the media would have us believe. A study found . When having sex, black women are 50% more likely to reach orgasm than white women.

I tried to go deeper into the study but there was nothing about methodologies or numbers:the matter really needs a hard look.
Could this be the source of secret rage of the 'feminist;' displaced anger at her frigidity? What of Africa,land of FGM and 'gender discrimination' according  to the mix of ignorance and prejudice known as Conventional Wisdom? Of course our women  suffer anorgasmia with the same attitude they deal with AIDS/Ebola/starvation/war and famine-silence/strength/anger and bitterness.

A Type 1 clitoridectomised girl I once 'knew' (cough!/cough!) was typical of my experience. For the first few minutes she was slightly less reactive but after almost ten minutes this is what happened:


It happened repeatedly. In fact being underexposed to gender issues and the ensuing neurosis of unrealistic expectations they're often more satisfying bed partners.

One of the few sexologists gave his considered opinion:

Female circumcision is rooted  in ideas of chastity. 'Feminists' try to paint a picture of patriarchical control-whatever your political stance another expression of this culture has been sorely overlooked.

Clitolabial elongation is the exact opposite of what's known as FGM-the clit and labia are artificially lengthened.

Dear Reader that's as good as it gets! That's the Bantu Chocolate High. It can create difficulties-zips must be used with caution and tight underwear is too uncomfortable.

Smoke and steam from special herbs are used to soften the genitals which are then pulled in a firm but gentle milking motion.


A series of pulling sessions lasting an hour daily can result  in a clitoral extension of 2 inches,while the fleshier more supple labia can add 3 inches in a month. This growth is contingent on age,the younger the easier and the medium used oils,herbs or clothes pegs. There's no limit to growth-I've personally witnessed 7 inch labia and a 4 inch clit(when fully erect,yes, I measured!)
Girls would get together sit down spread  their legs and pull each other.
This was universal among Bantus and is still common in Burundi,Rwanda,Uganda,Tanzania,the DRC ,Zambia,Zimbabwe and S Africa. It was practiced  wherever African descended are found as far as the Pacific island people.
This was the origin of the dry sex myth causes AIDS in the 90s. An Anglo woman in Zambia discovered that some men preferred their clitorally elongated women to use certain astringent herbs prior to sex. This can cause micro tears leading to STIs and quickly she jumped on this as the sole source of AIDS.
The MSM immediately quickly jumped on her well meaning assertions merely exacerbating misunderstanding and helping mythologise what has come to be known as AIDS. Clitolabial elongation helps intensify female orgasm. With the added sensitivity on erogeneous zones sensations are magnified. Where a normal woman would simply orgasm,the pulled female squirts.
This can happen indefinitely. This expulsion of vaginal lubricant can vary from a polite tablespoon to a  gushing 100 ml spurt. Remember this can happen several times in a night completely soaking sheets,blankets,duvet and mattress. It can be a problem-therefore a way was invented to manage extreme wetness by temporary precoital drying.
Often one wonders,"where is all this vaginal secretion coming from?" Men often attempt to literally fuck pulled women into dryness-a Herculean task I doubt has ever been accomplished.
So,who should help offer help in this area? Should the pale Sistren continue coming here with all their heartfelt advice or should their be as reverse flow of equally heartfelt advice? I realised such a subjective issue urgently needed some more stats. Expert studies show African women both vaginally attenuated,whole and not so whole have no difficulty reaching climax-what about Western women? After all they're the target audience of the continuous advice on 'how to orgasm' in their social reengineering manua-err,um, favourite magazines-lets ask the famous Agony Aunt who's made a career of dispensing figurative extended emotional clit massages to Anglosphere women.


Life coach  and psychologist Dr.Phil. I've suspected for a long time these two had a vested interest keeping women emotionally needy. How would they live otherwise? 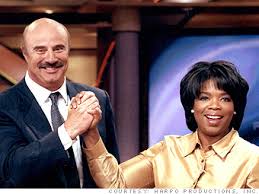 His site has a series of helpful info on the matter, the most relevant is this:

The first two conclusions are no surprise. Neither is the third;its not complicated,in fact the sex act is like chewing cornflakes-its not complicated! In closing I reiterate: Anglo women are confused by conflicting social memes-be strong,sleep around like a man while fighting the underlying Puritanism in their society.

Their simple amgydalas are overloaded and this is the inevitable result 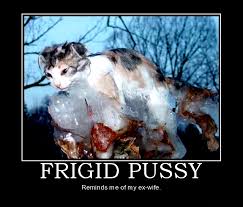 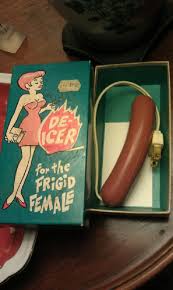 Until women accept their natural role the anger of anorgasmia will plague them and by extension our world-which is the nursery of that stew of anger,lies and envy known as feminism. 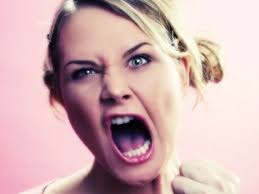 Posted by mwaura kinuthia at 09:11