is a creature of our new world cultural paradigm. She is poor malnourished,discriminated against,vaginally castrated and walks to school uphill-both ways all the while heroically struggling against the weight of  prevailing patriarchical domination.
That's what the media bombards us with. Which African female on the BBC/CNN/SKY  isn't an IDP,at the very least. Those of us who live here and are clear eyed just go-"HAHAAAHA!," whenever we hear these new cultural memes.
Like any other human she is no angel,and is often a major direct or indirect instigator of much of our infamous bloodletting. Case in point Rwanda. The Tutsi have always had a cultural practice,'ginyera;'which refers to the forgiveness of a woman committing taboos,in this case adultery with a Tutsi man while married to a Hutu. This is a long running secret strategy to increase their numbers. A journalist buddy of mine tried to highlight the issue with documented cases but made no headway going against the grain of mainstream journalism 'innocent African womanhood.' Even now,such a story would get no play.
In Kenya is a unique male circumcision ritual which to my knowledge exists nowhere else. 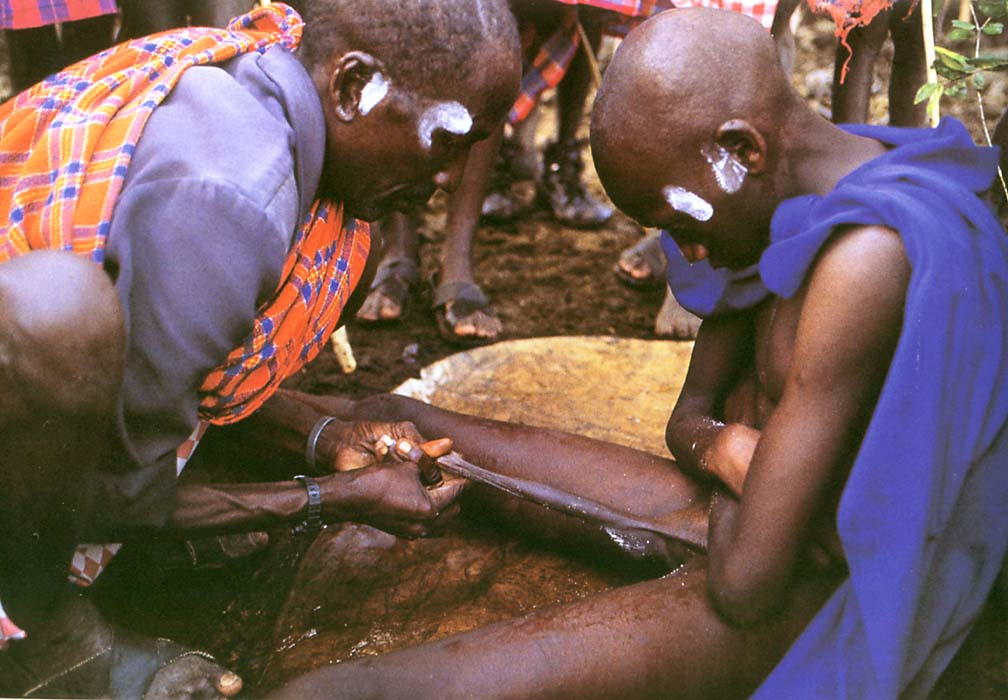 This is done by Kikuyus,Kalenjins and Maasaais and research reveals its purely for the woman's added pleasure. The agony can't be expressed in words. Its possible to faint,scream or laugh-the pain is so bad it overwhelms brain chemistry,and as you can see the initiate is taking it the required way-unflinchingly.
"Photographs of Samburu and Maasai youths, and early ones of Kikuyu warriors, show a sometimes quite large roll of foreskin hanging in the ' tassel' position below the glans, and often this displaced foreskin appears not to have been shortened at the tip. Koenig (1956, p.88) describes it as ' a lower, shovel-like projection ... which, so it is said, increases the sexual lust in both the man and the woman' . In his book The Kilimanjaro Expedition, H.H. Johnson describes the result as ' a soft round swelling lying under the glans and giving the penis the appearance of having a double end: among the Maasai it is enormous and is openly displayed.'

The description by Bryk (1934, p.65) of the Maasai and Kikuyu is that they are ' only half circumcised, the lower part of the foreskin not being cut away at all, but hanging atrophied for the rest of the owner' s life. The Kikuyu has two members, say neighbouring tribes."
http://www.circlist.com/rites/maasai.html
Also in Africa is the common practice of clitolabial elongation,particularly prevalent in bantu Africa, the DRC,Malawi,Zambia and Tanzania as far as S.Africa. However,thanks to the deafening ululations about FGM the world has never heard of this ancient rite  practiced wherever there are Africans as far as Polynesia. 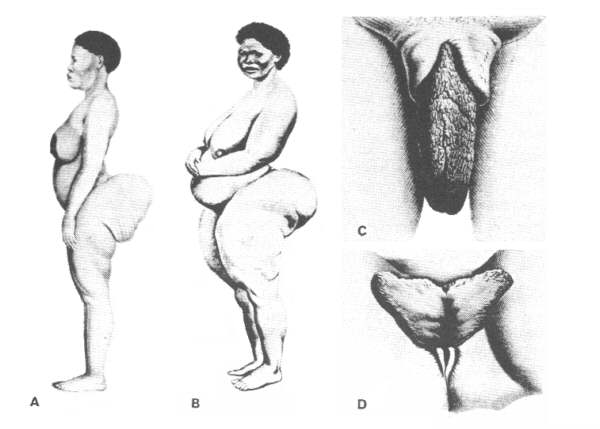 Who,if anyone is the victim?

http://karanjazplace.blogspot.com/2014/09/whats-in-clit-nsfw.html
Posted by mwaura kinuthia at 01:07