THE ISRAELI CHOKEHOLD ON THE KENYAN MEDIA

2 years after the Mombasa paradise hotel bombing,a good buddy of  mine,one of the few investigative journalists in our media approached his editor at the then Kenya Times with the truth. What happened next revealed the truth about our whole media industry whether print,TV or alternative internet media.
The Editor ,a notoriously hidebound individual stated the facts as presented just could not be: "because there's no way the Israelis could've demolished their own hotel." My pal added another worrying detail-apparently Israeli embassy officials have a long standing habit of making unofficial 'visits' to Kenyan media owners and their top employees,'simply to get their viewpoint across.'
According to a Washington post survey these are now the results of decades of Zionist media brainwashing worldwide as of last year. 42% of us support the Israeli narrative regarding Palestine,Gaza,911 and everything else dear to their little black hearts.

This development is sadly also a reflection of media ownership-who owns the media,including the biggest regional player,Nationmedia? What is their true interest apart from profit? Where does their ultimate loyalty lie?


The largest shareholder is HRH Aga Khan. Nationmedia is only part of a portfolio including hotels and hospitals. 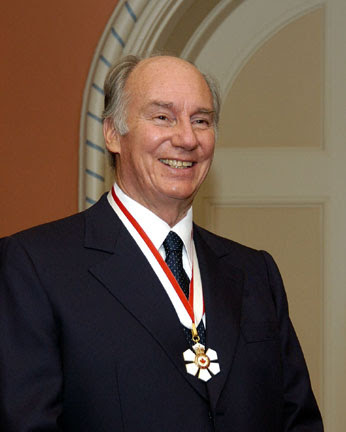 Let's take  a look at one of his forebears,the first Aga Khan,his great great grand father Hassan Ali Shah. By the way the name wasn't really a title but more of a moniker identifying Imams descended from Muhammad. In the early 1800s he was the extremely  ambitious governor of a Persian province.

At the time India and Pakistan were ruled by the British East India company who were casting covetous eyes to Persia to add the kingdom to their holdings. Ali Shah was assisted with weapons to commit treason and when it failed the Brits sheltered him in Afghanistan.

This fake descendant of the Prophet,in undying gratitude actually referred to Johnny Brit as 'the people of God'! In this wise a minor Muslim ruler of a provincial territory ,Kerman grew into  an invaluable ally especially when he helped in the conquest of Sind. In mutual affection he was referred to as 'Highness.'
In the mid 1800s he made a master stroke of strategic brilliance for which all his descendants are no doubt grateful to this day-he established religious authority over a community of a few thousand W Indian ex Hindu converts,Khojas.

This was the jewel in the Crown,India before partition 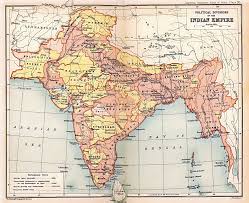 British justice strangely validated this arbitrary decision giving him absolute control over all community property. Thus was born their enormous wealth. His grandson was instrumental in setting up the Muslim League which was itself a vehicle to partition Indian into Muslim Pakistan and Hindu India thus cutting off from China from, the Indian ocean.

3 separate countries after the bloody 1947 partition . Bangladesh was formed from the racist arrogance of W Pakistanis whose contempt for the darker  E Pakistanis helped start the 1971 civil war that led to the formation of a new nation Bangladesh. The purpose of this thumbnail excursion into Ismaili history was to show why his media organs will forever be subservient to the wider corporate interests-his position  was created by London based World Rapers;his vast wealth pales  into insignificance when compared to the trillions made by these families who smuggled Indian opium into China for over 2 centuries while they controlled that vast land-and are still at it,though  markets and methods have changed greatly.
If his local media were to annoy the World Rapers,with,say with the truth about Paul Kagame,aka Pilato,the real  mass murderer of Kigali now posing as a saviour in an astonishing reversal of reality that sea change in public opinion would interfere with their ongoing resource grab in the DRC led by 'Saint Paul.'
HRH,the Aga Khan would lose everything,possibly even his life ,and everything he holds dear. He is duty bound to support the narratives required by his seniors in he Global Hierarchy. If and when Paul Kagame is mentioned by Nationmedia tones of respect and admiration are heard. Kigali's scant tech biz,which was meant to be a regional player is mentioned almost in the same breadth as the Silicon valley.
They'll never whisper of his pseudo operations and false flags by his forces in the DRC. The same dynamic controls Standard media,the second largest competitor,consisting of print and TV-controlled by the Moi family they're more anti Uhuru,or rather anti Kikuyu but they sing from the same hymn sheet as the Aga Khan's media.
They'll be forever silent on who the owner of the Westgate was and his proven ties to the WTC 2001 atrocity but take ole Lenku,security minister apart for so called 'failure'. We'll never be informed that the Mpeketoni ODM chairman was arrested the same morning after CCTV footage showed him looting with the attackers;instead readers must suffer turgid  homilies on imaginary land injustices and the need for ethnic tolerance.
None of our media seems to have noticed an obvious pattern in increasing Africa terror attacks. Nigeria's boko haram has somehow upped the ante and expanded into Cameroon while here Al Shabab is ramping up domestic terror after being squeezed out of  the KDF sector in Somalia.
Frankly,with our media set up that analysis will never happen. Gaza shows why we need a truly moral independent media;its not within me to post the photos of dead babies,at last count over 400 with nearly 1900 dead,over 75% civilians.
I'll sign off with a chilling fact. Dead children in Gaza are now being kept in ice cream freezers-such is the death toll. http://www.dailymail.co.uk/news/article-2714575/Humanitarian-crisis-Gaza-half-million-homeless.html
While such Satanic acts happen 42% of us still support the perpetrators.
Posted by mwaura kinuthia at 06:26 No comments:

EBOLA AND THE MEDIA

Its official-since the Ebola outbreak in southern Guinea in March, the death toll has now reached 1000 with fatalities reported in neighbouring Liberia,Sierra leone and Nigeria.

The nightmares of the 1995 smash hit Outbreak on the same viral haemorrhagic fever are being replayed in real life.

Nothing much however is said of Patient zero-no doubt it must be the mythical bush meat hunter who cut himself skinning a monkey infected with the dormant Ebola.

According to the WHO Ebola is a filovirus. The other 2 are Marbug virus and Cuevavirus. This particular strain has a 60% fatality rate. Its spread by body fluids and contacting environments of sufferers. 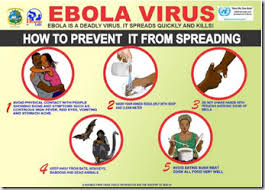 Mandatory cremations have been ordered. 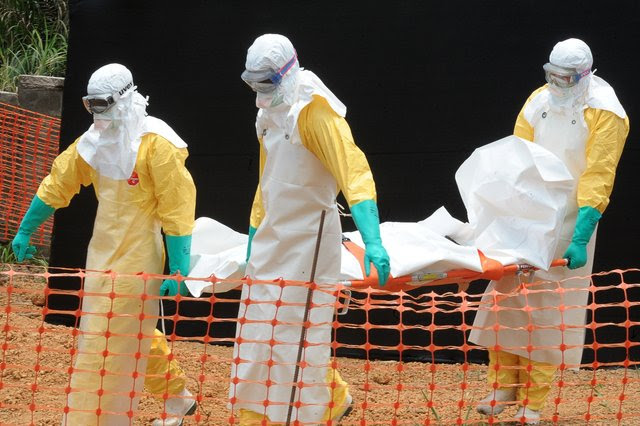 Though the Main Stream Media,has been quick to chronicle the progress of death,(disaster journalism of this sort is what they do best) they still haven't told us certain extremely interesting details about the origin of Ebola and the presence of highly suspect individuals at the beginning.


Dan Bausch, director of the Tulane program in West Africa, says, “These initial clinical test results have shown that it is possible to develop a detection system that will have a meaningful impact on the practice of medicine and quality of life in sub-Saharan Africa.”

Quite. In fact  As a group we intend to expand this program to address other important infectious agents with both clinical health issues and threat of bioterrorism such as ebola.”


Incidentally one of the contagion centers was the very same site of a specially constructed ward.  “Most recently, a new Lassa fever ward is being constructed in Sierra Leone at the Kenema Government Hospital. When finished, it will be better equipped to assist patients affected by the disease and will hopefully help to end the spread of it.” [The Kenema Hospital is one of the centers of the Ebola outbreak.]

In late July,the Sierra leone,MoH ordered Tulane researchers to stop Ebola testing! The Ministry of Truth,the news media we all trust has told us none of this; not even the near decade long presence of Tulane biowarfare researchers (that's what they are)at Ground Zero or that the Ebola started at their own purpose built facility.
Oversight? Instead their talking heads  flog the now cliched tale of bushmeat infecting a hunter who spreads the infection rapidly due to cultural norms much like the AIDS story which supposedly began in a dead monkey with simian HIV that morphed into HIV/AIDS.
At the end of the day these facts will decide for the Reader the truth about the nature of this outbreak. America couldn't be responsible for this-could they? While pondering consider this: if these powerful viral fevers have always existed in the African wild why are we still here? Shouldn't we all have died out from on of these epidemics in the pre colonial era?

Posted by mwaura kinuthia at 05:46 No comments: